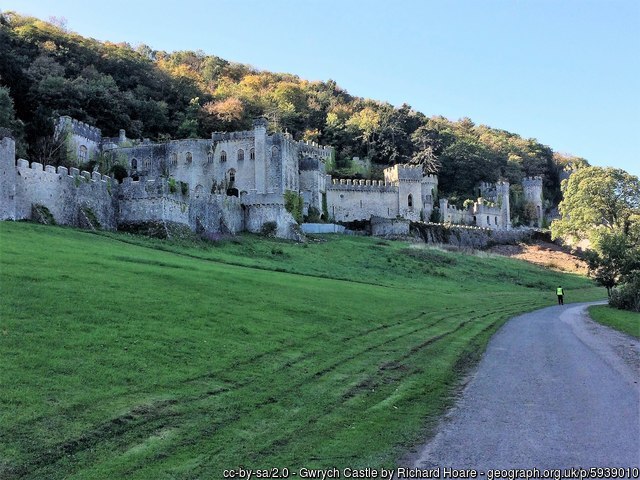 The popular ITV show ‘I’m A Celebrity… Get Me Out of Here’ is moving its location, from down in the insect-infested Australian jungle to the spooky Grade I listed castle in Abergele, North Wales. The show is set to start mid-November and will showcase Gwrych Castle’s amazing grounds, with some medieval frights for the contestants.

Gwrych Castle is 200 years old – built between 1812 and 1822 by Lloyd Hesketh Bamford-Hesketh. The castle was one of the first attempts in Wales to copy medieval architecture in Europe. The name ‘Gwyrch Castle’ actually means ‘Hedge Castle’ in the Welsh language.

During the Second World War, Gwyrch castle was used to house 200 Jewish children who were escaping the Nazis taking over Europe. Following this, in 1951, the castle became a training ground for Randy Turpin, a famous boxer. He was preparing for his fight against Sugar Ray Johnson. In 2018, The castle was bought by the Gwrych Castle Preservation Trust following years of fundraising to bring it back from disrepair.

It is hopeful that Gwrych Castle will get the recognition it deserves now that is is the new set for the hit show. The jungle life is being traded for the Welsh cold and brick walls, also alongside them, there will be lots of new challenges for the contestants. Being in North Wales, there won’t be many creepy crawlies creating havoc, but the castle is said to be full of ghosts…

Events have been held previously at the castle where people have explored the rumours of ghosts which are knocking around. One ghost is apparently the Countess of Dundonald, which was guessed after a woman in white was spotted.

Paranormal investigators went for a look around the castle back in 2018, and the team claimed to have encountered the spirit of a horse where the stables used to be. Other sightings of ghosts include a young former servant girl and a gatekeeper.

Spirits aside, the castle is still in such a beautiful location, with incredible views out to the coast and neighbouring woodland. Abergele town is full of exciting history itself too – it was once a medieval market town and there are Iron Age forts in the hills close by.

The castle and Abergele town is located just off the North Wales Expressway, so it is easy for you to swing by and have a look if you are on your way to stay with us at The Black Boy Inn.